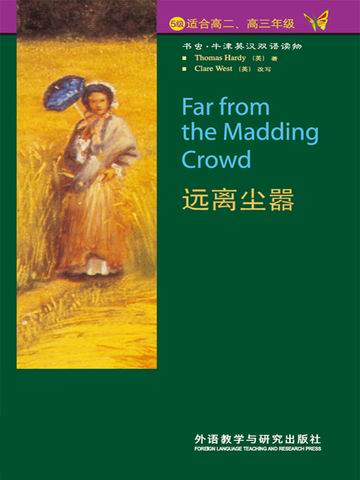 远离尘嚣（第5级）（书虫·牛津英汉双语读物）
Far from the Madding Crowd

Far from the Madding Crowd is Thomas Hardy's fourth novel and his first major literary success. The novel is the first to be set in Hardy's fictional county of Wessex in rural south west England. It deals in themes of love, honour and betrayal, against a backdrop of the seemingly idyllic, but often harsh, realities of a farming community in Victorian England. It describes the farmer Bathsheba Everdene, her life and relationships—especially with her lonely neighbour William Boldwood, the faithful shepherd Gabriel Oak, and the thriftless soldier Sergeant Troy.