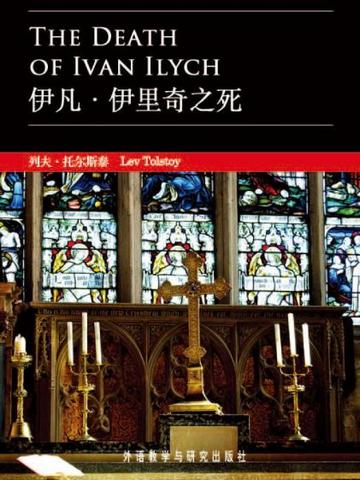 伊凡·伊里奇之死
The Death of Ivan Ilych

Ivan Ilyich Golovin bangs his side while putting up curtains in a new apartment, intended to reflect his family's superior status in society. Within weeks, he has developed a strange taste in his mouth and a pain that will not go away. Several expensive doctors are consulted. They can neither explain nor treat his condition, and it soon becomes clear that Ivan Ilyich is dying. The second half of the novel records his terror as he battles with the idea of his own death. One hour before his death, in a moment of clarity, he sees that he has not, after all, lived well, but has lived only for himself.

The Death of Ivan Ilyich is more than a story about death. Death permeates the narrative in a realistic and absorbing fashion but, interestingly enough, the actual physicality of death is only passively mentioned in the early chapters during Ivan’s wake. Instead, the story leads the reader through a pensive, metaphysical exploration of the reason for death and what it means to truly live.

Lev Nikolayevich Tolstoy (September 9, 1828—November 20, 1910) was a Russian writer who primarily wrote novels and short stories. Later in life, he also wrote plays and essays. His two most famous works, the novels War and Peace and Anna Karenina, are acknowledged as two of the greatest novels of all time and a pinnacle of realist fiction. Many consider Tolstoy to have been one of the world's greatest novelists.