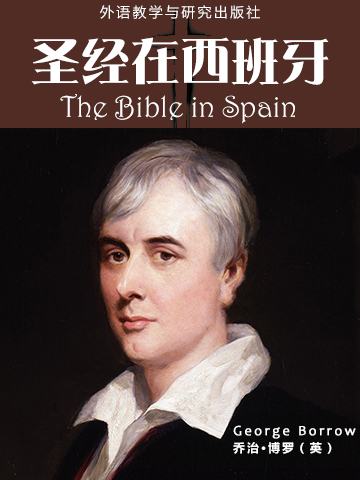 圣经在西班牙
The Bible in Spain

On the morning of the tenth of November, 1835, I found myself off the coast of Galicia, whose lofty mountains, gilded by the rising sun, presented a magnificent appearance. I was bound for Lisbon; we passed Cape Finisterre, and standing farther out to sea, speedily lost sight of land. On the morning of the eleventh the sea was very rough, and a remarkable circumstance occurred. I was on the forecastle, discoursing with two of the sailors: one of them, who had but just left his hammock, said,”I have had a strange dream, which I do not much like, for," continued he, pointing up to the mast,”I dreamt that I fell into the sea from the cross-trees." He was heard to say this by several of the crew besides myself. A moment after, the captain of the vessel perceiving that the squall was increasing, ordered the topsails to be taken in, whereupon this man with several others instantly ran aloft; the yard was in the act of being hauled down, when a sudden gust of wind whirled it round with violence, and a man was struck down from the cross-trees into the sea, which was working like yeast below. In a short time he emerged; I saw his head on the crest of a billow, and instantly recognised in the unfortunate man the sailor who a few moments before had related his dream. I shall never forget the look of agony he cast whilst the steamer hurried past him. The alarm was given, and everything was in confusion; it was two minutes at least before the vessel was stopped, by which time the man was a considerable way astern; I still, however, kept my eye upon him, and could see that he was struggling gallantly with the waves. A boat was at length lowered, but the rudder was unfortunately not at hand, and only two oars could be procured, with which the men could make but little progress in so rough a sea. They did their best, however, and had arrived within ten yards of the man, who still struggled for his life, when I lost sight of him, and the men on their return said that they saw him below the water, at glimpses, sinking deeper and deeper, his arms stretched out and his body apparently stiff, but that they found it impossible to save him; presently after, the sea, as if satisfied with the prey which it had acquired, became comparatively calm. The poor fellow who perished in this singular manner was a fine young man of twenty-seven, the only son of a widowed mother; he was the best sailor on board, and was beloved by all who were acquainted with him. This event occurred on the eleventh of November, 1835; the vessel was the LONDON MERCHANT steamship. Truly wonderful are the ways of Providence!

Once upon a time, The Bible in Spain was as famous as The Da Vinci Code is today. Within weeks of its publication, it became one of the greatest bestsellers of the 19th century. England bought thousands of copies. American pirate editions alone ran into 20,000 copies each. It was translated into every important European tongue and was read avidly by men like Thackeray, Theodore Roosevelt, Churchill, Darwin and everybody who was anybody in that age of taste and sophistication. Despite its outmoded title, The Bible in Spain is not a religious book, but a tale of pure adventure. It tells the exploits of the brilliant polyglot George Borrow, who was sent to Madrid in 1835 to sell Spanish language Bibles. The country was at civil war; the Church objected strongly to translated scripture; the roads were infested by bandits, beggars and outcasts. The Bible in Spain is a book which will bring you to tears and will bring you to laughter on nearly every page, and which will show you the heart of Spain as it was in its most gruelling hour.

George Henry Borrow (5 July 1803–26 July 1881) was an English author who wrote novels and travelogues based on his experiences traveling around Europe. Over the course of his wanderings, he developed a close affinity with the Romani people of Europe, who figure prominently in his work. His best known books are The Bible in Spain, the autobiographical Lavengro, and The Romany Rye, about his time with the English Romanichal (gypsies).