爱丽丝镜中世界奇遇记
Through the Looking Glass 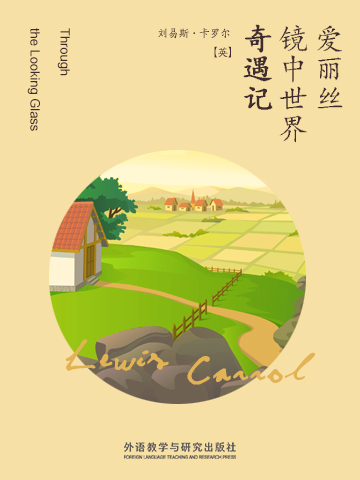 Through the Looking-Glass, and What Alice Found There (1871) is a novel by Lewis Carroll, the sequel to Alice's Adventures in Wonderland (1865). Set some six months later than the earlier book, Alice again enters a fantastical world, this time by climbing through a mirror into the world that she can see beyond it.

Charles Lutwidge Dodgson ( 27 January 1832 – 14 January 1902), better known by his pen name, Lewis Carroll, was an English writer, mathematician, logician, Anglican deacon and photographer. His most famous writings are Alice's Adventures in Wonderland, its sequel Through the Looking-Glass, which includes the poem Jabberwocky, and the poem The Hunting of the Snark, all examples of the genre of literary nonsense. He is noted for his facility at word play, logic, and fantasy.

One thing was certain, that the WHITE kitten had had nothing to do with it: —it was the black kitten's fault entirely. For the white kitten had been having its face washed by the old cat for the last quarter of an hour (and bearing it pretty well, considering); so you see that it COULDN'T have had any hand in the mischief.