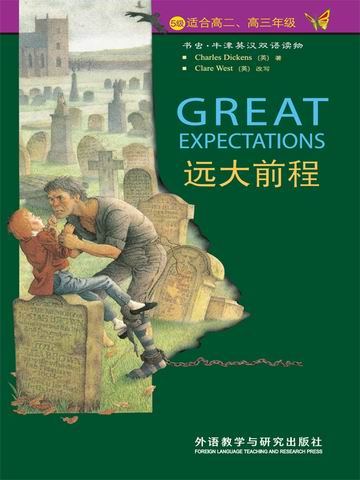 The novel is set in Kent and London in the early to mid-19th century and contains some of Dickens' most memorable scenes, including the opening in a graveyard, where the young Pip is accosted by the escaped convict, Abel Magwitch. Great Expectations is full of extreme imagery —poverty, prison ships and chains, and fights to the death—and has a colourful cast of characters who have entered popular culture. These include the eccentric Miss Havisham, the beautiful but cold Estella, and Joe, the unsophisticated and kind blacksmith. Dickens's themes include wealth and poverty, love and rejection, and the eventual triumph of good over evil.

Great Expectations, Dickens's funny, frightening and tender portrayal of the orphan Pip's journey of self-discovery, is one of his best-loved works. Showing how a young man's life is transformed by a mysterious series of events—an encounter with an escaped prisoner; a visit to a black-hearted old woman and a beautiful girl; a fortune from a secret donor—Dickens's late novel is a masterpiece of psychological and moral truth, and Pip among his greatest creations.

Charles Dickens (7 February 1812 – 9 June 1870) was an English writer and social critic. He created some of the world's best-known fictional characters and is regarded by many as the greatest novelist of the Victorian era. His works enjoyed unprecedented popularity during his lifetime, and by the twentieth century critics and scholars had recognised him as a literary genius. His novels and short stories enjoy lasting popularity. His most famous works are A Tale of Two Cities, Oliver Twist and Great Expectations.