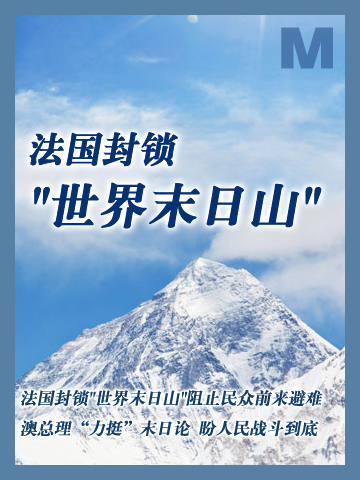 Local officials banned access to the Pic de Bugarach, a mountain in the southwest where rumour has it the hilltop will open on the last day and aliens will emerge with spaceships to save nearby humans.

Believers say the world will end on December 21, 2012, the end date of the ancient Mayan calendar, and they see Bugarach as one of a few sacred mountains sheltered from the cataclysm.

According to Australian Prime Minister Julia Gillard, the Mayans were right and the apocalypse is near.

In a spoof 50-second video appearance promoting a local radio station's breakfast show, Gillard provided hair-raising details that she said would come when the world ends this month, as the ancient Mayans calendar predicted.