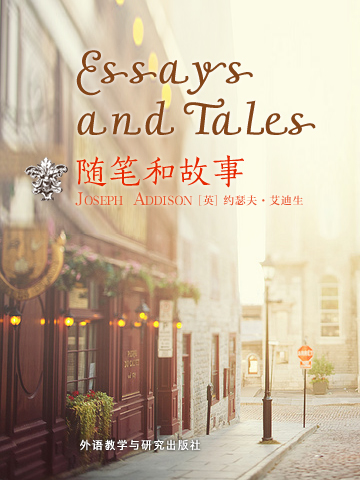 In one of my rambles, or rather speculations, I looked into the great hall where the bank is kept, and was not a little pleased to see the directors, secretaries, and clerks, with all the other members of that wealthy corporation, ranged in their several stations, according to the parts they act in that just and regular economy. This revived in my memory the many discourses which I had both read and heard concerning the decay of public credit, with the methods of restoring it; and which, in my opinion, have always been defective, because they have always been made with an eye to separate interests and party principles.

Nothing is so much admired, and so little understood, as wit. No author that I know of has written professedly upon it. As for those who make any mention of it, they only treat on the subject as it has accidentally fallen in their way, and that too in little short reflections, or in general declamatory flourishes, without entering into the bottom of the matter. I hope, therefore, I shall perform an acceptable work to my countrymen if I treat at large upon this subject.

Joseph Addison (1672-1719) was an English essayist, poet and man of letters. His name is usually remembered alongside that of his long-standing friend, Richard Steele, with whom he founded The Spectator magazine. In 1693, he addressed a poem to John Dryden, the former Poet Laureate. His first major work, a book about the lives of English poets, was published in 1694 as well as his translation of Virgil's Georgics. In 1712, Addison wrote his most famous work of fiction, a play entitled Cato, a tragedy, which was based on the last days of Marcus Porcius Cato Uticensis. His other works include: The De Coverley Papers (1920) and Days with Sir Roger De Coverley (with Richard Steele). Sir Richard Steele (1672-1729) was an Irish writer and politician. His first published work, The Christian Hero (1701), attempted to point out the differences between perceived and actual masculinity. He afterwards became a dramatist, and his comedies, such as The Tender Husband (1703) were met with success.