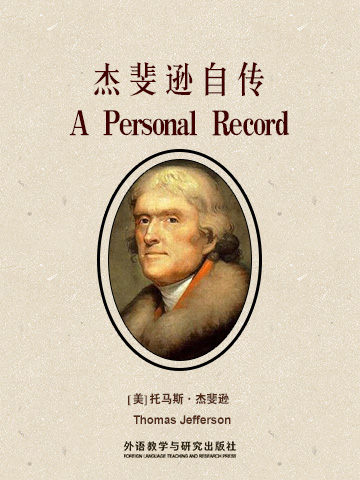 Thomas Jefferson was the third President of the United States and the principal author of the Declaration of Independence. Jefferson was one of the most influential Founding Fathers for his promotion of the ideals of republicanism in the United States. As a political philosopher, Jefferson was a man of the Enlightenment and knew many intellectual leaders in Britain and France. He idealized the independent yeoman farmer as exemplar of republican virtues, distrusted cities and financiers, and favored states' rights and a strictly limited federal government. Jefferson supported the separation of church and state and was the author of the Virginia Statute for Religious Freedom. Here is his life in his own words.

Thomas Jefferson was born in Virginia in 1743 into a wealthy and socially prominent family. After attending the College of William and Mary, he went on to study law. At the age of twenty-six, Jefferson began building Monticello. Three years later, in 1772, he married Martha Wayles Skelton. The couple had six children, two of whom survived to adulthood. Considered elequent in his writing, although not as his speech, Jefferson took on much of the writing needed by the Virginia House of Burgesses and the Continental Congress, both of which he was a member. In 1776, at the young age of 33, Jeffers

Thomas Jefferson (1743-1826), author of the Declaration of Independence and the third U.S. president, was a leading figure in America’s early development. During the American Revolutionary War (1775-83), Jefferson served in the Virginia legislature and the Continental Congress and was governor of Virginia. He later served as U.S. minister to France and U.S. secretary of state, and was vice president under John Adams (1735-1826).