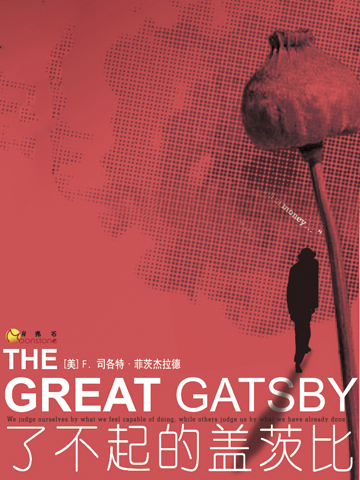 The novel opens in West Egg, Long Island, where Nick, the narrator, has rented a house next to the mansion of Gatsby, the mysterious host of regular, extravagant parties. All this was for Daisy. Gatsby and Daisy had loved each other five years ago, but he was penniless. Gatsby was then sent overseas by the army. Daisy had given up waiting for him and married Tom. After the War, Gatsby decided to win Daisy back by buying a house in West Egg and throwing lavish parties in the hopes that she would attend. But Daisy was not the Daisy she used to be. One day, Daisy ran over Tom's mistress and killed her. In order to protect Daisy, Gatsby had taken responsibility for the accident. But Daisy and Tom had schemed to make the mistress’ husband think that it was Gatsby who killed his wife. At last Gatsby became the victim of their conspiracy. Nick struggles to arrange Gatsby's funeral, finding that while Gatsby was well connected in life, very few people are willing to attend his funeral.

The story of the fabulously wealthy Jay Gatsby and his love for the beautiful Daisy Buchanan, of lavish parties on Long Island at a time when The New York Times noted “gin was the national drink and sex the national obsession,” it is an exquisitely crafted tale of America in the 1920s.

Francis Scott Key Fitzgerald (September 24, 1896—December 21, 1940) was an American author of novels and short stories, whose works are the paradigm writings of the Jazz Age, a term he coined himself. He is widely regarded as one of the greatest American writers of the 20th century. Fitzgerald is considered a member of the "Lost Generation" of the 1920s. He finished four novels: This Side of Paradise, The Beautiful and Damned, Tender Is the Night, and his most famous, The Great Gatsby. A fifth, unfinished novel, The Love of the Last Tycoon, was published posthumously. Fitzgerald also wrote many short stories that treat themes of youth and promise along with despair and age.

...the first step that American fiction has taken since Henry James, because Fitzgerald depicted the extolled grandest and most boisterous, reckless and merry-making scene. —T．S．Eliot

...his finest novel, sensitive and symbolic treatment of themes of contemporary life related with irony and pathos to the legendry of the American dream. —The Oxford Companion to American Literature