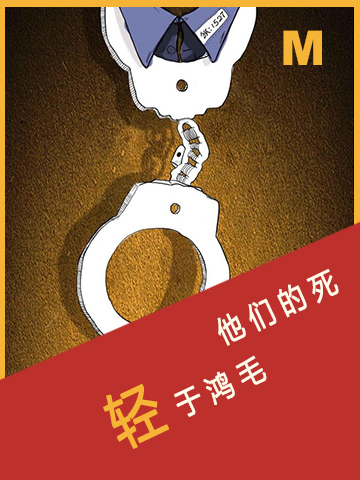 他们的死轻于鸿毛
Their deaths are as light as a feather

Repeated reports about officials committing suicide remind me of late chairman Mao Zedong's division of death into two kinds: those that weigh even heavier than a mountain and those that are as light as a feather. The suicides of most officials should belong to the latter if they did it simply because they were scared of being investigated about their alleged corruption or because they wanted to prevent others from being revealed.

The pity is very few of them have left behind any words about what was on their minds before they took their own lives. Did they regret their abuses of power or did they just curse the bad luck of being caught?

But one thing is certain: they did not anticipate what they would do to their own lives when the free will to wield power deprived them of the lucid perspective to look at life. Another thing is that they know little about death, and that they did not even ever think of "the world of malady" although they took it as the last solution to their problems.