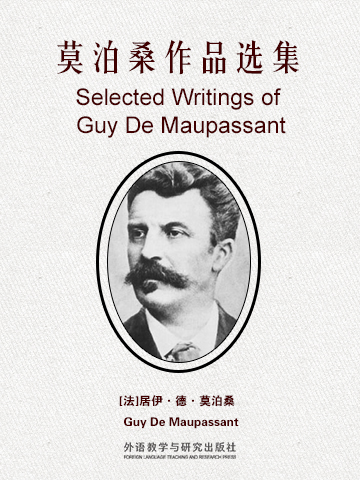 Maupassant is considered one of the fathers of the modern short story. He delighted in clever plotting, and served as a model for Somerset Maugham and O. Henry in this respect. His stories about expensive jewellery ("The Necklace", "La parure") are imitated with a twist by Maugham ("Mr Know-All", "A String of Beads") and Henry James ("Paste"). Taking his cue from Balzac, Maupassant wrote comfortably in both the high-Realist and fantastic modes; stories and novels such as "L'Héritage" and Bel-Ami aim to recreate Third Republic France in a realistic way, whereas many of the short stories (notably "Le Horla" and "Qui sait?") describe apparently supernatural phenomena. The supernatural in Maupassant, however, is often implicitly a symptom of the protagonists' troubled minds; Maupassant was fascinated by the burgeoning discipline of psychiatry, and attended the public lectures of Jean-Martin Charcot between 1885 and 1886.

Guy de Maupassant ( 5 August 1850 – 6 July 1893) was a popular French writer, considered one of the fathers of the modern short story and one of the form's finest exponents. Maupassant was a protégé of Flaubert and his stories are characterized by economy of style and efficient, effortless dénouements (outcomes). Many are set during the Franco-Prussian War of the 1870s, describing the futility of war and the innocent civilians who, caught up in events beyond their control, are permanently changed by their experiences. He wrote some 300 short stories, six novels, three travel books, and one volume of verse. His first published story, "Boule de Suif" ("Ball of Fat", 1880), is often considered his masterpiece.